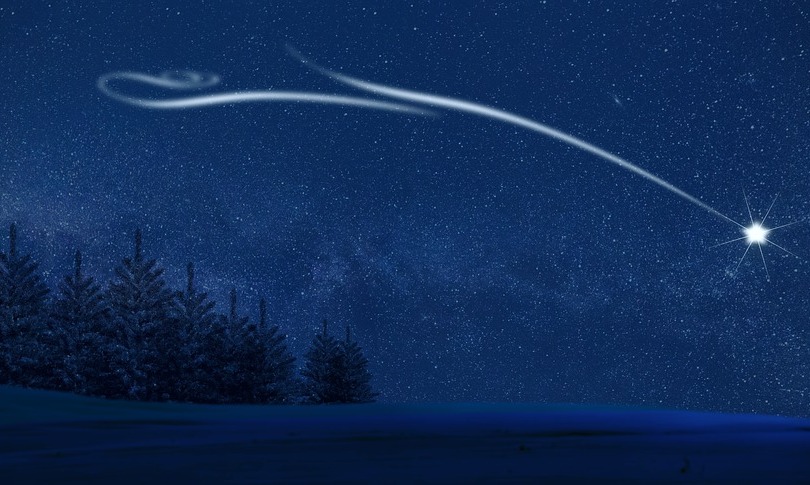 I don’t know how the other stars were born, I don’t know their story. But I do know the story of one star and I can tell you how this star was born. It all began in the dream realms, where all souls go to dream and take the form they wish to. Everything a soul imagines while inside this realm can appear or happen.

The dream of this story began when a soul took the form of a little boy and a little girl. The boy and the girl wanted to play that they were sailing. When the little couple opened their eyes they were at a dock. A beautiful dock where everything seemed to be perfectly made for them, perfectly sized for them to play freely. Curiously there was only one small boat for them. The sun was setting while they played with the little boat parked near the dock. The winds were blowing warmly and the water was still and calm. A day that felt heavenly. The little girl was completely amazed and played with the boat with joy. Sitting inside of the boat was the little boy who was also amazed, but something didn’t seem quite right. As much as he adored everything, a conflict was growing inside as he was just sitting inside the boat while the girl was pushing the boat from side to side imagining the boat sailing, though not leaving much space for him to be part of it. On that very moment three angels slowly appeared around the little girl with wavy hair. As the angels slowly gained form, a type of divine light filled the place bringing peace and calmness for both the boy and the girl. The girl then hesitated for a moment as the angels gently laid their hands on her arms inviting her to let go of the boat and so she did. She then looked up with curiosity to the angel on the middle, who had its hands on her shoulders comforting her. The angel smiled and graciously pointed to where the little boat was. She then followed it with her eyes and saw the little boat going far away on its own. Though the boy was still sitting on the boat. His eyes screamed for her. Scared for not knowing why the boat was moving on its own. But alone he was not, the other two angels were in the boat with him, each one by his side also with hands on his shoulders. Desperately the girl looked at the angel then back to the little boy, she tried to reach a hand and go after the boy, but he was already too far. They both felt an overwhelming desperation, if it was not for the presence of the angels calming the atmosphere the soul would have collapsed with the sudden separation. The boy and the girl looked at each other till they could no more…

On the same night each one of them sensed something glowing on their chest. A little pendant was glowing on a bright and sparkly light. On that night both of them felt a strong calling to raise the pendants as high as they could. At the same time they raised arms and a beautiful star formed in the sky with the light of each one of them. A star that would help light the way back to each other. Like when sailers look to the stars as a navigation tool. The star is what nurtures them while they are apart. Giving the strength to continue. As long as this star keeps shining it means they want to find each other.

So now you know the story of one star for two. And when you see this star, it means they are talking to each other even from miles apart. And maybe when their journey begins in the reality realm they will be sailing together just the way their soul dreamed in the beginning.